Positive Voices is an ongoing series featuring Asian LGBT individuals who are HIV-positive and are living positively.

Although he had considered disclosing his HIV-positive status to his family members especially his mother who he was closest to, Malaysian Adrian Barbosa did not get the chance as she passed away the same year he was diagnosed and before he could come to a decision. Under very emotional circumstances on the day of his mother's funeral and unable to hold it in any longer, he told his sister-in-law who he thought would be the very last person he would tell.

But to her credit, she took the news well and was immediately supportive. "I had expected her to immediately forbid me from ever seeing my nephews and niece again," said Adrian. "To my complete surprise though, she actually asked, 'So? Are you dying?' When I replied in the negative, she started giving me an education on being healthy and being faithful to the regimen of meds which I would eventually be put on." Adrian, who is from Penang but lives and works in the banking industry in Kuala Lumpur, recalled the incident in 2007. Today, he counts his extended family as well as the people at Malaysia's PT Foundation  –  a community-based organisation providing HIV/AIDS and sexuality-related education and care services where he also volunteers – as sources of support.

æ: When did you test positive for HIV? 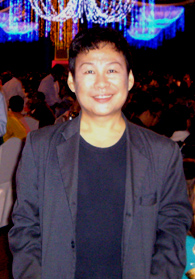 Adrian: I tested positive in early 2007 but my subsequent meeting with the hospital doctor indicated that it appeared that I had been positive for some time. That triggered my memory to the year 2004 when I had a near death experience with septicaemia [a bacterial infection of the blood]; I was informed that it was linked to HIV. However, despite numerous blood tests everything came back negative. Months later, I started suffering bouts of flu and I noticed that it seemed to take me a progressively longer time to recover. Somehow in the back of my mind, I was already half expecting the worst and when I finally decided to get tested again it was more about me seeking confirmation for what I already feared. Still, it wasn’t easy facing up to the reality of the situation.

æ: Did you share the news of your initial positive test result with someone?

Adrian: The first one and half months or so was more about coming to terms with it. It might sound like a long time but it felt like forever at that time. Moreover, I was in a new working environment and I didn’t have any real friends to speak of. So it was easier to keep things to myself. In hindsight,  that was very likely a self-acceptance phase I was going through. How could I disclose to someone else something which I was unable to accept myself? After those first two months, I struggled with the decision to disclose my condition to my family members, in particular my mom whom I was closest to. Despite the fact that she already knew I was gay, I just couldn't bring myself to tell her that I was also HIV-positive.

æ: Has your HIV status changed your sex life significantly?

Adrian: Yes, very much so. I wouldn’t want to be responsible for giving the virus to my partners and I always insist that condoms are used at all times. It’s tough sometimes and I do get strange looks from my partners whenever I insist but it’s something I have learned to live with. You just won’t believe the number of guys around in this day and age who still do not want to use condoms!

æ: Has your approach to love and relationships changed since you found out you were HIV positive? Why?

Adrian: I have gone through countless relationships and had more than my fair share of sexual encounters. I guess I’m at that stage in life where I really do not find it that important to get into a relationship. If it happens, it happens but I’m not going out to look for it. As to whether it has anything to do with my status, I’m unsure about that. Partly, I guess.

æ: How do you decide whether to tell someone your HIV status?

Adrian: I never got to tell my mom as she passed away the same year I was diagnosed. To this day it’s something I have not been able to gain closure. I will never know if I would have eventually told her and whether she would have been accepting. My subsequent disclosures to other members to my family have been slow and one at a time.

æ: What is one myth about living with HIV that you’ve now realised was incorrect?

Adrian: The one glaring myth is that you can tell if someone is positive or not. I was not able to tell and my partners have not been able to tell from looking at me.

æ: Tell us about one of your most memorable disclosure stories (friends, family, colleagues/bosses, doctors, partner or dates, etc).

Adrian: It was probably my very first disclosure to anyone and that was to my sister-in-law. It was on the day of my mom’s funeral and she was at my side when I literally broke down. She’s Chinese-educated and most likely conservative, I thought; and at that time she was probably the very last person that I would have thought of disclosing my status to. But leave it to fate to decide otherwise. She was there and I just broke down and told her. I had expected her to immediately forbid me from ever seeing my nephews and niece again. To my complete surprise though, she actually asked, “So? Are you dying?” When I replied in the negative, she started giving me an education on being healthy and being faithful to the regimen of meds which I would eventually be put on. Imagine that! I was quite speechless. She even told me that she would be there for me in the event of any difficulty I might have with the meds.

æ: Has your relationship with your family and friends changed or evolved after you found out you are HIV-positive? If so, how?

Adrian: I’ve probably grown closer to my brother and my sister-in-law. We would be on the phone with each other like every other day.

Adrian: The first six months, when I had very severe reactions to the meds, was tough. The wild mood swings, the diarrhoea, nausea, vomiting, rashes… All due to the pre-existing liver condition that I had. I was forewarned though by the doctors that I would experience the side effects more severely. It’s ok now though… but, yeah… it was tough initially.

æ: What challenges, if any, have you found in pursuing a career and living with HIV?

Adrian: I do get tired more easily nowadays and the mood swings, although very much less than initially, do happen occasionally. There are certain days when it would be so difficult to drag myself to work. Fortunately, my immediate superior at work is in the know and has been pretty understanding.

æ: Have you ever experienced discrimination on the basis of your HIV status from government agencies (eg. police, health workers, schools, employment officials, immigration agencies) or other areas (employers, businesses, clubs, etc). If so, please tell us what happened.

Adrian: Nothing very serious, in my opinion.

æ: Can you share one humorous or odd thing about your life with HIV?

Adrian: My cousins, who prior to knowing about my being HIV-positive, were never close to me but have now sort of like taken me under their wing and included me in many of their outings. Odd, how things turned out.

æ: What needs to happen in order for people living with HIV to feel more comfortable about telling people about their status?

Adrian: I feel that they should first come to some form of self-acceptance before anything else.

æ: Stigma and discrimination against people living with HIV is often quite challenging for everyone. What is one simple thing that people could do to encourage greater acceptance in the community?

Adrian: Personally, I believe that putting a human face on the issue is paramount and probably the first step. If the general public is really made aware that HIV and AIDS is something that affects everybody and not just the marginalised groups it would lead to more acceptance.

æ: What is one thing that you want to do in the future to help the LGBT or PLHIV community?

Adrian: I’m probably already doing it by putting myself in the spotlight in talks with sections of the general public.

æ: What motivates and inspires you for the future?

Adrian: The care and support I have had from people in PT Foundation and other non-governmental organisations in Malaysia. It has been amazing.

Disclaimer: This article is intended for informational and educational purposes only and is not engaged in rendering medical advice or professional services. The information provided should not be used for diagnosing or treating a health problem or a disease. It is not a substitute for professional care. If you have or suspect you may have a health problem, consult your health care provider.

If you are HIV-positive and living in Asia, and want to share your story, please write to editor@fridae.com.

Look out for PositiveVoices.Net, a soon-to-be-launched social networking site for HIV-positive gay men and transgender people living in Asia built around their shared experience of living with HIV.