The Associated Press reported on Sunday that the communist government of Vietnam is officially considering legalising same-sex marriage. If approved, it will become the first Asian nation to do so. 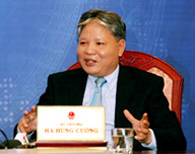 Not only were gay rights advocates in Vietnam, a one-party Communist state, stunned by the announcement, so were international observers with the news making headlines in the international press earlier this week.

Vietnam Talking Points (VTP) a news and editorial journal founded by a group of graduates from UC Berkeley and Harvard University noted that the news "came as a shock to many, including long-time gay rights advocates." It added, "Vietnam has a less than stellar human rights record, and is constantly criticised by the international community for its muffling of dissident opinions."

Last month, Vietnam’s justice ministry said it will consider the matter as part of its plan to amend Vietnam’s marriage laws.

"I think, as far as human rights are concerned, it's time for us to look at the reality," Justice Minister Ha Hung Cuong said on national TV.

“The number of homosexuals has mounted to hundreds of thousands. It's not a small figure. They live together without registering marriage. They may own property. We, of course, have to handle these issues legally." 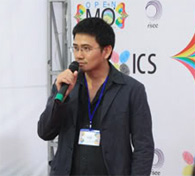 The new law is expected to clarify disputes between same-sex couples living together, and address issues such as owning property, inheriting assets and adopting children.

According to a statement provided to Fridae by Information Connecting and Sharing (ICS), a Vietnamese LGBT rights NGO, the Ministry of Justice held a multi-disciplinary meeting on 13 April 2012 to discuss the revision of law on marriage and family including same sex marriage.

The Ministry of Justice noted that there is “an increase in same-sex relationships and there have been legal consequences of same sex co-living that the court does not know how to resolve such as property rights and inheritance. Therefore it is necessary to consider the legal consequences of same sex relationship during the revision of the law on marriage and family.”

In May, the ministry sent out a consultative letter to concerned agencies to seek their opinions on same sex relationships. The letter described same-sex marriage is being inevitable according to human rights principles. However, it also said that “given the sensitivity of homosexuality and unforeseen consequences of same sex marriage on cultural and traditional family values, it is too early for Vietnam to legalise same sex marriage.”

On 12 June 2012, the Institute for Studies of Society, Economy and Environment (iSEE) – a not-for-profit research organisation that was involved in the launch of PFLAG Vietnam – was invited to a meeting with department of civil and economic law that is tasked to draft the marriage law revision. The representatives from the ministry of justice expressed their desire to have a dialogue with LGBT communities in Hanoi and Ho Chi Minh City, organise meetings between LGBT and same-sex relationship with experts from Vietnam and other countries, and educate the public on same-sex relationships.

According to Thanh Nien News, a survey conducted by ICS in June found that 71.1 percent of 5,000 gay respondents want to get married with their same-sex partners, 24.7 percent want to register their living together arrangements with local authorities, while the rest accept living together without registration.

æ: What are the chances of Vietnam legalising same-sex marriage?

Le: The Ministry of Justice (MOJ) has said: “In order to ensure individual freedom right, marriage between same-sex couples needs to be recognised. However, considering the culture and traditions of the Vietnamese family, social sensitivity of the issue, social consequences of legal regulation are not all predicted, thus at this point, the recognition of marriage between same-sex couples is still too early in Vietnam.”

In other words, for the time being, the government is not considering same-sex marriage but the legal consequences of same-sex couples. How far can the law protect equal rights of LGBT will depend very much on the understanding of lawmakers on LGBT issues, human rights and social consequences of accepting or not accepting same-sex relationships.

It is good because the government is consulting different ministries, agencies and NGOs. The Institute for Studies of Society, Economy and Environment (iSEE) has been invited to present on LGBT communities and same-sex relationships to the drafting team. The MOJ is also interested in meeting and consulting LGBT community along the drafting process. They are particularly interested in international experience on same-sex marriage and what would be the social and cultural consequences of same sex relationship legalisation.

In short, we have no idea what the to-be-proposed law will look like and how far it will recognise and protect the equal rights of same-sex couples. It will depend very much on public education campaign and policy lobby we carry out from now until the first draft is submitted to National Assembly in May 2013.

æ: Do you think there will be widespread societal support for same-sex marriage laws in Vietnam?

Le:  Same-sex marriage is very new concept in Vietnam. There is still widespread social stigma against homosexuals. However, thanks to our work in last four years the mass media has become our ally in supporting LGBT rights. This is a crucial condition to push for the recognition of same-sex relationship. Thanks to the decision of MOJ, the media has focused on this topic and the social debate has been stimulated. This is useful for social understanding and social changes in support of LGBT rights. In addition, the LGBT community is being mobilised to contribute to this social debate. There are supportive forces and opposition forces. However, we need this social debate to accelerate changes in society.

æ: Do you have any additional insights about where the Justice Minister stands on the issue?

Le: The comments from the Justice Minister has been very positive. He said, “whether or not shall we recognise same-sex marriage, I still think, it’s unacceptable to create social prejudice against the homosexual community as well as individuals. At the same time, the State should also have legal mechanisms to protect the legitimate rights such as legal personality, property ownership or children (if any) of same-sex couples living together.”

This opens many opportunities for the government to develop legal mechanisms to protect rights of LGBT, at law or decree levels. I think the minister has studied LGBT issues and he has learned about international practices. I believe this is the result of the support from the mass media for same-sex marriage as well as our advocacy activities in past years.

Vietnam will hold its first ever LGBT pride festival and cycle parade in Hanoi, Aug 3-5.