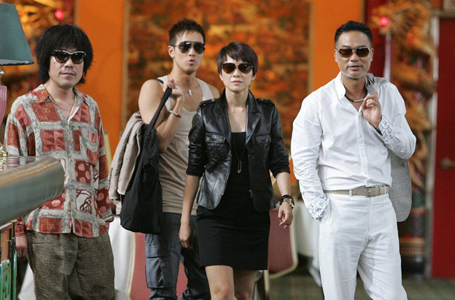 Korean heist and conman caper is vastly more fun than the Oceans. 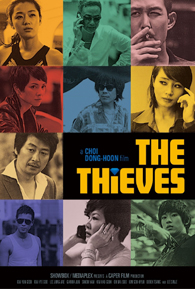 A group of highly-prepared and well-equipped thieves and conmen from Korea and Hong Kong plan to rob a shadowy underworld figure of his precious diamond, which is parked at a casino in Macau. Hilarity ensues while the best laid plans experience minor hiccups and the professional criminals enact private plots unbeknownst to each other.

Choi Dong-hoon's The Thieves owes a cinematic debt to Steven Soderbergh's "Ocean's" trilogy, where a similarly motley crew of career criminals easily pull off daring casino heists while engaging in pranks and tomfoolery. The Ocean's films are capers and larks by virtue of how smoothly the plans go through without any real risk or danger to the participants, and how they're really excuses for audiences to watch a high-wattage, star-studded film without any cinematic indigestion.

What Choi has done with this film is to improve on Soderbergh's formula by reintroducing the darker elements of the heist genre into the mix, while maintaining much of the zany comedy. So from the very start, amidst the tomfoolery and slapstick, one is reminded very much that thieves can't trust each other even if they band together, that they're bound to be tempted into betraying one another for cold hard profit or just for bragging rights, that at the end of the day, there is no honour among thieves and it's every man for himself. This surely comes from the understanding that heist films are really about how almost iron-bound codes of emotive brotherhood or cold professionalism that keep criminals working together can be just as easily cast aside.

The end result is watching an Ocean's film where the laughs are delivered but underlined with actual dangers, risks, and even fatal consequences for the clownish and entertaining rogues. One of the strong points of Korean cinema is the ability of their screenwriters to meld silly comedy and melodrama together seamlessly in the same film, and this is evident in The Thieves. Action scenes though aren't a strong point in Korean cinema, but the second half of this film notably benefits from the action choreography provided through its Hong Kong unit.

Glitzy, funny, and dramatic — The Thieves delivers it all in one package and outdoes the Ocean's trilogy. What more would you want from this heist caper?