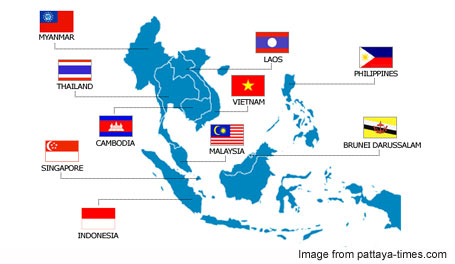 NGO representatives have rejected the draft of the ASEAN Human Rights Declaration as LGBTQs and other minorities get no mention at all in the draft which has been set for ratification by the regional bloc's 10 member-states at their summit in Cambodia this November.

According to the Filipino news website interaksyon.com, NGO representatives to the Civil Society (CSO) Forum on ASEAN Human Rights Declaration (AHRD), who met in Manila Sep 10-11 ahead of their consultation with the ASEAN Intergovernmental Commission on Human Rights on Sep 12, have rejected the draft declaration and proposed amendments.

It is not officially known who the opponents of including sexual orientation and gender identity issues in the ASEAN human rights declaration are.

Alex Au, a prominent Singaporean gay rights activist and blogger, wrote on his blog that he had been informed by an LGBT group in Manila that representatives (one each) from Singapore, Malaysia and Brunei had been given directives by their respective governments to oppose any mention of SOGI in the Asean Human Rights Declaration. Representatives from Philippines, Thailand and Indonesia were however “very” supportive of inclusion. Au wrote that the Indonesian representative even voiced his view that SOGI be stated at least once in the declaration.

The CSO representatives said in a joint statement issued on Sep13: “During the consultation, CSO representatives expressed grave concern that the draft Declaration prepared by ASEAN Intergovernmental Commission on Human Rights (AICHR) still falls short of international human rights law and standards, despite the assurance the AICHR expressed in the first regional consultation with civil society organisations on 22 June 2012 in Kuala Lumpur that the AHRD will comply with international human rights law and standards.”

One of the reasons listed was the failure of the draft declaration to protect the rights of specific groups including LGBTs.

The statement noted: “The rights of individuals, groups and peoples whose rights are subject to frequent and systematic attacks in ASEAN, and therefore deserve specific protection, as developed in international human rights standards, are either mentioned in one or two words or not mentioned at all. Women, children, older persons, persons with disabilities, migrant workers are barely mentioned, whereas the rights of minorities, LGBT/Q persons, Indigenous Peoples and persons deprived of liberty get no mention at all.”

The representatives recommended that a new section to be included in the Declaration to protect these specific groups with more elaborate protection of their rights and have submitted a detailed recommendation for the wording of this section although it was not included in the statement.

Ging Cristobal, of the International Gay and Lesbian Human Rights Commission, was quoted as saying that the AICHR members seem “to have made up their minds that sexual orientation and gender identity (as criteria for discrimination) have no place in the declaration.”

The AICHR “overlooks the violence, discrimination, and even death that the LGBTs (lesbians, gays, bisexuals, and transsexuals) experience from state and non-state actors,” she said.

Some AICHR members cite religion and culture as bases for denying LGBTs their rights, and say their sexual orientation and gender identity are abnormal.

“Even the World Health Organization has disputed this,” Cristobal said.

“We are not asking for special rights. We are only claiming our basic human rights,” she said, adding that of the 10 ASEAN member-countries, only Indonesia, Philippines, and Thailand have been supportive of LGBT rights. Non-discrimination, non-violence, and equal protection are crucial for future of ASEAN, Cristobal added. 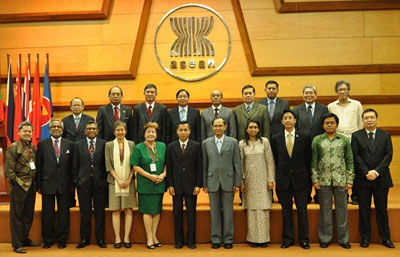 Au wrote on his Yawningbread blog: “Malaysia’s AICHR representative, Muhammad Shafee Abdullah, as reported to have said, ‘I cannot use my personal decision since together with Brunei and Singapore, we have strict instructions from the government to oppose LGBT rights inclusion in the declaration,’ suggesting that his personal views conflicted with the instructions from his government.”

Au added: “From the floor, comprising various civil society groups, a member of a Malaysian Muslim Youth Group — believed to have been invited to the consultation by the Malaysian government — declared his opposition: ‘Even if we agree that LGBT persons should not be discriminated against, they are abnormals and should not be in the declaration and should be deleted…’ Ging Cristobal, an LGBT activist from the Philippines, rebutted his statement and again recommended the inclusion.”

A campaign is underway to lobby the AICHR to include sexual orientation and gender identity in the ASEAN Declaration on Human Rights before the Declaration is adopted in November 2012.