Hong Kong's business community steps out of the closet

If you had been standing in Statue Square last Wednesday evening, the 23rd of October, you would have seen something historic. HSBC's Main Building shed its red and white light display for the first time in its 30-year life and replaced it with the rainbow colours recognised internationally to represent lesbian, gay, bisexual and transgender (LGBT) people. 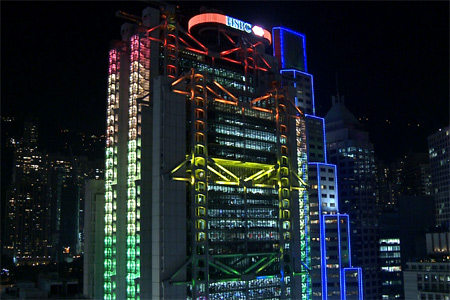 On Oct 24, HSBC's main building in Hong Kong was lit up with the
colours of the rainbow to celebrate diversity and inclusion.

HSBC Hong Kong CEO, Anita Fung Yuen-mei, explained why the next day. Speaking to the first Asian Leadership Summit organised here by the New York-based NGO, Out on the Street, she said that the rainbow lights were intended as a sign that the Bank supported LGBT inclusion. The Bank was doing this not only because “it is the right thing to do” but also because it believed that “HSBC has no choice but to be an authentically compassionate organisation for which all its employees can joyfully work.”

Todd Sears, a gay American financier, founded Out on the Street in 2011, aiming to change attitudes on Wall Street using commercial arguments. That year, he held his first Summit in New York with six major financial houses and since then has held another in the States and a third in London. By the time Sears brought Out in the Street to Hong Kong, its membership had reached twenty-nine major corporations. Barclays took the lead in hosting the fourth Summit at the Conrad Hotel.

It was at one of the three Summits he attended that Lloyd Blankfein, Chairman and CEO of Goldman Sachs, famously responded to the question “Has Goldman lost business because of your support for LGBT rights and same-sex marriage?” that he didn’t care if they had, adding that no one had yet been able to walk him through the case for how discrimination made good business sense. 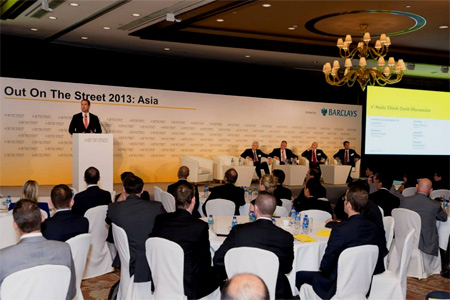 The hard-headed business executives at the Summit neither saw their firms as human rights advocators nor were prepared to allow anything to deflect them from providing returns for their stakeholders. Instead, their support for LGBT equality in the workplace was motivated by the realisation that having equal, inclusive LGBT policies makes money. Here’s how.

First, supporting LGBT equality dramatically improves productivity at minimal cost. Bank of America Merrill Lynch calculates that 5-10% of its staff are LGBT and that these, when forced to hide their orientation or gender identity at work, do so only at a terrible cost in energy and emotion. That leads to the loss of about 30% in the productivity they would show were they freed to fulfil their potential. The financial cost of paying large numbers of people to work below their capability can be enormous in an international firm. Treating LGBT employees equally and inclusively leads to an immediate rise in creativity at virtually no cost.

Second, having good LGBT policies is tied closely to making profit. Credit Suisse is now so convinced that good ratings in the Corporate Equality Index (which the New York Human Rights Campaign uses to measure LGBT policies) lead to better corporate profits that they have issued an LGBT Equality Portfolio, which will include the stocks of 20-30 top equality-rated US equities from the S&P500. They have figures which show that these stocks outperformed the S&P 500 over the years 2008 to 2013 by 5%. This is not only because of the effect good LGBT policies have on a firm’s productivity, but also because LGBT policies are a measurable indicator of performance across a range of activities.

Third is the massive market for LGBT-friendly business, the Pink Dollar. It is clear that companies which treat LGBT customers better attract and retain them. How big this potential market is has always been something of a hazy conjecture, but by now a good deal of research has been done to clarify the figures. LGBT Capital, an investment firm focussing on the LGBT sector, says that, worldwide, LGBT people are estimated to have 10% greater income than their heterosexual counterparts. The margin in disposable income is even greater. The numbers are large. China, for example, is reckoned to have about 85 million LGBT people (more, in fact, than the entire population of any one European country), and these have an annual income of some US$300 billion. The LGBT market reaches approximately US$800 billion for Asia and a staggering US$3 trillion worldwide. 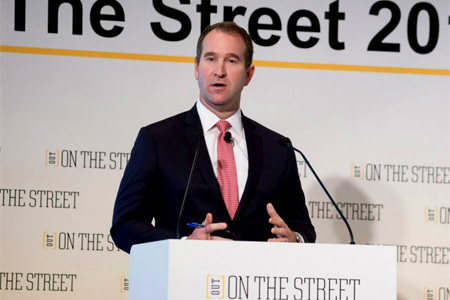 Todd Sears, a gay American financier, founded Out on the Street in 2011,
aiming to change attitudes on Wall Street using commercial arguments.

The realities of this business case have dawned upon top executives at a time when the financial world is in desperate need of good news. Finance houses lost much face in the 2008 crisis and have lost even more of their remaining ethical reputations (along with much money in fines and legal costs) in the scandals that have surfaced since. The industry has come around to the view that LGBT inclusivity is an issue through which they might just retrieve some of their credibility with the public. LGBT inclusion gives the banks good face, and attracts customers and employees of the new generations which are overwhelmingly in favour of LGBT equality and protection.

The banks have got the message, and have begun to realise that they cannot successfully implement equal and inclusive policies without being public about it. It is no longer enough to have good diversity policies; the world has to be told if customers are to know and potential employees to notice. More fundamentally, the banks are reluctantly beginning to realise that, if they are to ensure equality and inclusion in the workplace, they will inevitably need changes in society to match. Coming out at work in the goldfish bowl of Hong Kong is never going to work in the office if your employees are not protected outside it, if they can’t come out at home or if they fear that their next employer may discriminate against them. Free movement of same-sex partnered employees will only work if the host country recognises same-sex relationships by issuing a visa.

Other parts of Hong Kong business are only now waking up to the opportunities to be mined in inclusion. Martin Cubbon, the CEO of Swire Properties, put it succinctly: Swire had to be an ‘open, inclusive meritocracy’ to gain the edge it wanted and recognised that, particularly in its hotel business, “its LGBT employees are instrumental in delivering our product.” Swire now believed, belatedly, as Cubbon admitted, that to be a truly world class city and to allow its business sector to generate greater wealth, Hong Kong ‘needs to be open and inclusive’.

To change Hong Kong, as Todd Sears put it, “it is not only LGBT individuals who have to come out and be visible. Companies have to come out too.” Hong Kong companies are beginning at last to step out of the closet.