Chinese filmmaker Fan Popo's latest documentary features six mothers from all over China who share their experiences of coming to accept their gay children as an increasing number of Chinese parents are stepping up and advocating acceptance by family members and society. 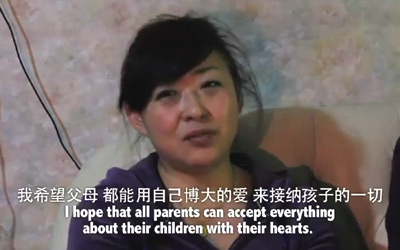 Mother of a gay son 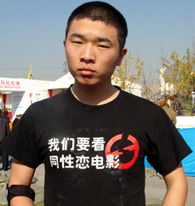 The film's synopsis reads: "For Chinese parents, finding out that their kid is gay usually presents a major tragedy, with the big majority utterly unable to accept the homosexuality of their son or daughter. However, during recent years a fresh rainbow wind has been blowing over the Chinese mainland: a pioneer generation of Chinese parents has been stepping up and speaking out on their love for their gay kids. This documentary features 6 mothers from all over China, who talk openly and freely about their experiences with their homosexual children. With their love, they are giving a whole new definition to Chinese-style family bonds.