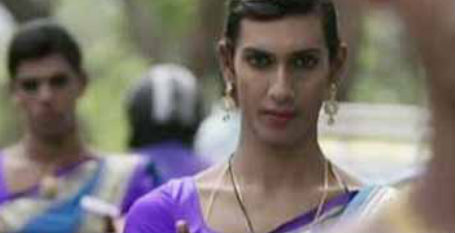 A public service video campaign using transgender women to get motorists to use their seat belts while driving on Indian roads has gone viral on the Internet.

Almost 2 million people have watched the video of transgender women dressed as cabin crew exhorting Indian motorists at a traffic crossing to buckle up.

Titled “The Seatbelt Crew” it mimics the safety announcements made by air hostesses on planes before take off.  The video was created by the ad agency Ogilvy & Mather.

In modern day India transgender women are reviled, harassed and marginalized, largely reduced to making a livelihood dancing during weddings and other festivals for which their blessings are sought. Very many are also seen at city street crossings begging and demanding money which they do by raucously clapping their hands.

The video shows them clapping in this manner but to a tune to get the attention of motorists. “If you’re going to drive like a pilot,” says one, “then you should know some things.” .

The amusing video requests that “naughty girl”  and  “chikna mard” (a risqué Hindi endearment for a smooth, sexy, appealing man) to follow their advice and fasten their seat belts before driving.

They then go on to explain to how to fasten their seat belts and the dangers of driving recklessly without one before giving motorists their blessings.

Transgender men and women know as “hijras” in India have recently had a change in kismet. The Indian Supreme Court ruled April 15 that transgender people be recognized as the third sex, be accorded social acceptability and an equal standing under Indian law.

It also directed that the government include them as a socially and economically backward class eligible to various affirmative action accorded to other marginalized sections of society.

Before that ruling transgender people were never assigned to any federal government department nor part of the welfare, economic, cultural or political decision process that every Indian should be part of. They were even barred from receiving driver licenses, national tax system registration and ration cards.

This was despite the fact that they have a recorded history of more than 4,000 years in India and were once a firmly accepted group in Indian culture. The Vedas, the oldest scriptures of Hinduism, recognize them with both male and female characteristics.

That status changed in the British colonial period and they were since legally marginalized with limited access to healthcare, employment or education.

You may watch the enjoyable “The Seatbelt Crew” video here: