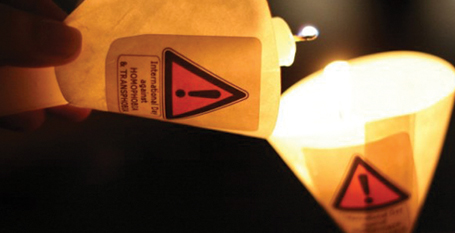 The Pink Alliance announced today that Geena Rocero, a Filipino-American fashion model who made international headlines after she revealed that she's transgender, would participate in a candlelight vigil, taking place on Friday, 16 May at 6.30pm at Charter Garden in Central.

The vigil is the headline event of a series of actions that are held by the Pink Alliance in order to commemorate the International Day Against Homophobia & Transphobia (IDAHOT) 2014 and enable Hong Kong’s LGBT community and its allies to raise awareness of human rights violations against sexual minorities locally and around the world.

The May 16th commemoration will include a speech by Geena Rocero, who will speak out on the need for expanded legal rights for all trans individuals living in Hong Kong.

“I am extremely honoured by have been invited to participate at the candlelight vigil; I’m here because globally there is a need for more progressive rights; every Hong Kong resident should have the right to self-identify, and right now, that is not the case.”

Geena recently founded Gender Proud, which advocates for more progressive gender marker policy; she ‘came out’ at TED in order to spread her message globally: “The trans justice movement is just beginning, and I am honored to be challenging the status quo. We are all put in boxes by our society, and I am here to start a new conversation.”

Dr York Chow, the Chairperson of the Equal Opportunities Commission will also attend the event and deliver a speech.

The event will start the screening of a series of short videos representing the challenges that LGBT individuals face in Hong Kong and the world including videos from a series produced in Hong Kong titles I AM ME.

Two MCs including Abby Lee, the renowned local lesbian activist and Reggie Ho the former chairperson of the Pink Alliance will discuss IDAHOT international theme - Freedom of Expression - and local theme:'Make the invisible - Visible They will also explain to the audience that the rainbow laces given to them can be used for the #RainbowLaces social media campaign sponsored by ANZ Bank titled: Express yourself, express your rights, express you support.

They will then introduce a series of short panel discussions around the following themes: LGBT in the Media, LGBT Stigma, LGBT Youth and Bullying and LGBT in the Workplace.

Acclaimed local LGBT entertainers Penny Salcedo and Rick Lau will perform at the event with the songs, ‘Reach for the Stars’ and ‘I am What I am,' respectively.

The event will end by the audience lighting up candles in remembrance of the victims of homophobia, transphobia in Hong Kong and around the world.

“IDAHOT is a day celebrated around the world and was chosen as on 17 May 1990, as the World Health Organisation removed homosexuality from their list of mental disorders,” says John Erni, Chairman of the Pink Alliance. ”In Hong Kong, the Pink Alliance has decided to host a series of events as to better empower the local LGBT community and strongly illustrate its everyday struggle to obtain equal rights.”

“This year our goal was to raise more transgender visibility and awareness and there is no one right now more suited to help us achieve that than Geena Rocero”,  says Bess Hepworth, IDAHOT 2014 Coordinator for the Pink Alliance. “I am very proud of the vision and dedication our volunteers have shown to make the vigil, a night to remember and do justice to the local and global issues facing LGBT people. We are are also especially proud of the support from schools and student groups.”

The other events making IDAHOT and organised by the Pink Alliance included the launch of the #RainbowLaces Social Media campaign sponsored by ANZ Bank at the ‘Operation Inclusivity’ youth conference. A student run, student-centred event which aims to promote inclusivity through individual actions and student empowerment.