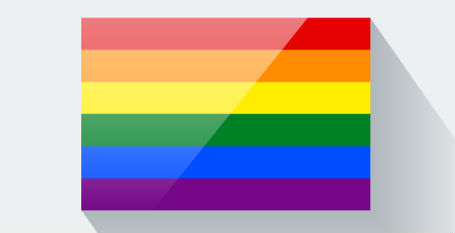 How can technology make life easier for the modern gay professional? Evan Tan from Freelancer shares some resources for LGBT workers in an article originally published on e27.co.

In a much-celebrated move timed during this year’s Pride Month, US President Barack Obama expressed his unequivocal support for the Lesbian, Gay, Bisexual, and Transgender (LGBT) movement — not just in the United States, but around the world:  “Our commitment to advancing equality for the LGBT community extends far beyond our borders. In many places around the globe, LGBT people face persecution, arrest, or even state-sponsored execution. This is unacceptable.”

Considering that the US is an economic leader which has spearheaded change for its allies (and foes as well), this proclamation gives a glimmer of hope to LGBTs in Asia living with stigma and discrimination on an everyday basis.

While much has been said about tolerance and respect in developing Asian countries such as the Philippines, Thailand, and Vietnam, LGBTs continue to battle longstanding misconceptions — including those that leave them financially disadvantaged.

For marginalised groups, work equality is still an issue
The Universal Declaration of Human Rights is clear with its stance on work equality: “Everyone has the right to work, to free choice of employment, to just and favourable conditions of work and to protection against unemployment. Everyone, without any discrimination, has the right to equal pay for equal work.”

But the reality is Southeast Asian LGBTs still battle discrimination in the workplace.

Just this quarter, Singapore upheld its High Court’s ruling on Lawrence Bernard Wee’s claim of wrongful dismissal by his employer Robinsons department store. While Wee already withdrew the appeal for the case, he was able to launch anawareness campaign on LGBT workplace equality in Singapore and raise thousands of dollars on Indiegogo.

On the other hand, PricewaterhouseCoopers customs consultant Jeremiah Romero recounted an incident in which his application for a manufacturing supervision role at San Miguel Corporation was denied, after one of the Philippine company’s human resources associates discovered he was gay.

Jeremiah recalls: “She (the associate) said that I was qualified but she had to think of the plant and of me as well, saying that ‘you will be working with brusque masculine men who are probably as old as your father’.” Unsatisfied with the roundabout excuse, he pressed further, asking the associate that had she not known he was gay, would he have experienced problems with his application. The associate answered no.

Anecdotes like these abound in the region, especially with few or no laws to empower LGBTs. Kirsten Han, in her Diplomat article “A Small Step Forward for ASEAN LGBT Rights”, reports:

Violence and harassment in society can make life hellish for LGBTIQ (Lesbian, Gay, Bisexual, Transgender, Intersex and Questioning) people. A study carried out in Thailand last November found that one-third of 2,000 LGBT students had been physically harassed. A report by the International Gay and Lesbian Human Rights Commission found that 15 lesbians had been murdered in Thailand in the six years from 2006 to 2012. This, despite it being the only ASEAN country that supported the UN declaration of LGBT rights. Hate crime also occurs in the Philippines, despite studies reporting that it is among the most ‘gay-friendly’ countries in the world. [...]With societies resistant to the idea of granting LGBTIQ equal rights and recognition, governments can often find easy excuses to oppose any change.

Technology, however, might just help create the change the movement needs.

The LGBT movement is tech-powered
Technology, specifically the internet, has become a pivotal tool towards advancing LGBT rights and battling LGBT-phobia.

Leveraging the power of online crowdsourcing through Kickstarter, filmmaker David Thorpe raised money for post-production and distribution of his documentary, “Do I Sound Gay?” Also, the It Gets Better project has effectively utilised Youtube to reach out to and inspire LGBT youth across the world.

Meanwhile,  a social networking app called Distinc.tt allows LGBTs to connect with each other based on LGBT-friendly places, similar interests, and people in the area who have identified as LGBT.

Described as “Foursquare meets Facebook for the LGBT community”, Distinc.tt is particularly useful for young LGBTs at work. The Wall Street Journal highlights how it can empower this sector: “Users can also check in at their office, for example, and see if there are other gay people who have also checked in at the same location. This is relevant in coming at a time when many gay young professionals who were openly gay on their college campuses are choosing to keep their sexuality a secret in the workplace. Only 7 per cent of LGBT employees ages 18 to 24 are open at work, according to the Human Rights Campaign.”

Fern Ngai, CEO of Community Business, is optimistic with this initiative: “We hope that as the content builds overtime, and we engage a wider group of companies across the region, we will help move the needle and see more companies demonstrating the best practice in LGBT inclusion.”

Leading the way not just with innovation but also with inclusivity, many renowned global technology companies such as Apple, eBay, Facebook, and Microsoft have already been pioneering LGBT rights in and out of the workplace, worldwide.

Actively raising awareness for LGBT rights and staying true to its corporate values on non-discrimination inside and out of its offices, Google, through its Legalise Love campaign, has stated: “We’re committed to cultivating a work environment where Googlers can be themselves and thrive. Legalise Love is our drive to ensure that all of our employees have the same inclusive experience outside of the office as they do at work.”

We at Freelancer have also been vocal with our support for professional inclusivity. Our Diversity Policy clearly states: “We understand that encouraging diversity in our organisation is not just a socially responsible necessity, but that it is essential to our continued growth and vital to a successful future.”

Like Google, we also believe that our mission extends beyond our offices — and thus, we are passionate with further spreading and promoting our platform across the world, empowering disadvantaged workers from Southeast Asia who face professional discrimination, through the expansion of their work opportunities on a global scale.

Freelancer is a freelancing and crowdsourcing marketplace that allows savvy business owners to connect with skilled freelancers to collaborate and get work done. We believe that one’s professional opportunities should only be limited by an individual’s capacity to work — not by location, gender, age, race, nationality, religion, disability, mental illness, political persuasion, or sexual orientation. When it comes to employment, no other merit or requirement is necessary, aside from one’s capabilities to perform the duties needed for the work presented.

With discrimination and unequal opportunity still an unfortunate fact for many workers around the world, the internet provides a powerful platform to level the playing field and remove prejudice in the workforce. Freelancer.com has built itself on the notion that any job can be done anywhere, at any time and by anyone, and we are confident that we are slowly, but surely, taking the right steps towards improving the way the world works.

The views expressed are of the author, and e27 and Fridae may not necessarily subscribe to them.