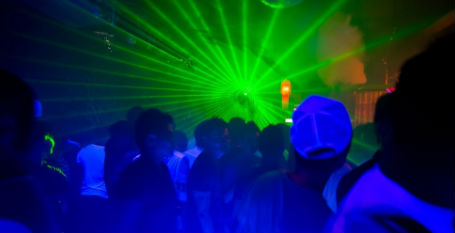 Despite a law that criminalizes same-sex relations and anti-gay prejudices, Singapore has over the years shown that it is becoming more tolerant towards the gay community.

“As of late, Singapore’s gay community has been rapidly growing and becoming more visible. Many Singaporeans often boast that their country has the best gay scene in all of Asia!” according togaytravel.com, the major destination travel guide with a gay perspective.

Singapore witnessed its first ever Gay Pride Festival in of 2005 which marked the beginning of a more tolerant country because in the past few decades, same-sex relations were completely unacceptable with reports that gay business owners were allegedly harassed by police.

Now Chinatown is the central hub for the new gay awakening in Singapore. There is the Backstage Bar and the Tantric Bar and Does Your Mother Know for some great drinks and gay brotherhood. There is also the rugged gym-themed bar Locker Room with western bartenders and gym clothes from the ceiling as well as Zouk, a common place for dance.

However, the country is only “tolerant” to gay people and don’t quite accept them yet, the report stressed.

It quoted Prime Minister Lee Hsien Loong as saying that Singapore is a “stable society with traditional, heterosexual family values, but with space for homosexuals to live their private lives and contribute to society.”

Being a gay person in Singapore is by no means illegal, it is illegal to engage in same-sex relations even though this law is very loosely enforced nowadays,  according to gaytravel.com.

Singapore retains a British colonial-era “Section 377A” law that criminalizes sex between men with imprisonment for a term which may extend to two years.

The government claims it does not actively enforce anti-gay laws and while this may be statistically true, anti-gay prejudices do surface.

Singapore’s National Library Board also banned from libraries three children’s books featuring same-sex couples because it thought that these titles were best kept off its shelves as they were unsuitable for children.

Later on the government rescinded and ordered that they instead be placed in the adult section of the public libraries.