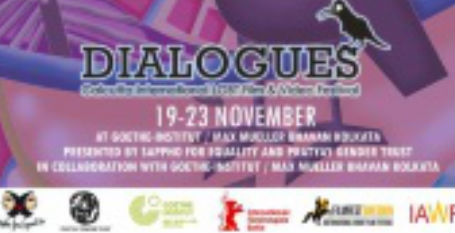 The Calcutta International LGBT Film and Video Festival has just kicked off in Kolkata, promising to bring together artists and activists in a a bid to shed light on the state of sexual rights in the region and beyond.

Curated with the theme of Democracy and Sexuality: Troubled Frontiers, the Indian film festival this year will showcase a variety of 39 films from 22 countries and conclude on November 23.

Canada, France, Germany, Indonesia, Iran, Japan, South Africa, Sri Lanka, the US as well as India will be providing films for the festival. Sappho for Equality, an organisation working for the rights of marginalised women, said in a statement.

This is India's oldest and continuously running LGBT Film and Video Festival, said the release.

Discussions have been scheduled on exploring possibilities and the challenges that surround queer arts programming and also queer filmmaking, funding, distribution, censorship and dangers within each countries among other issues.

Partcipants from India, Bangladesh, Sri Lanka and Pakistan will enlighten the audience on various related issues.

The event has been organised by Sappho for Equality, Pratyay Gender Trust in collaboration with The Goethe Institut/Max Mueller Bhavan Kolkata (screening venue).