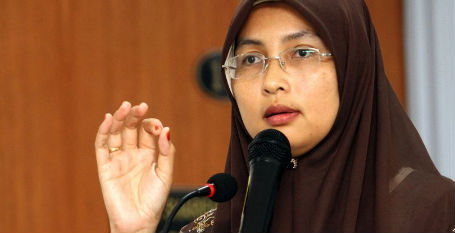 Speaking at a forum on ‘gender identity disorder’, a social science lecturer at a Malaysian University has said that rape and “environmental toxins” are among several factors that encourage people to become transgender.

Dr Haslinda Abdullah from Universiti Putra Malaysia (UPM) has given a presentation displaying archaic and misleading views on transgender issues. Dr Abdullah urged parents against entertaining their children’s trans tendencies, and warned against getting help from transgender activists which she claimed will further “mislead” them.

She went on to make claims that what she called "gender identity disorder" could be generated by same-sex encounters. She used an example of one man who she said "initially tough and handsome. It was such a loss for women."

Dr Abdullah, whose field of research is “effeminate men”, however did not disclose other details of her field research nor its sample size, basing her remarks on just one interview.

The claims have worried transgender activists who estimate that there are around 60,000 Malaysian who identify as transgenders, with Malays making up 70 per cent of them.