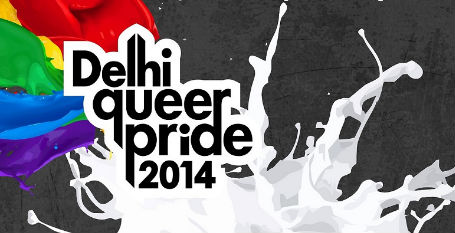 Hundreds of Indians took part in a gay parade in the capital New Delhi for the first time since the Supreme Court reinstated a colonial-era ban on same-sex relations.

The parade was as much a defiant of the Supreme Court ruling as it was “to create awareness” about the LGBT community in India in the hope that the court would change its mind soon, a parade participant was quoted as saying.

"I am here to support all my gay friends and the whole LGBT community, and I feel that they should just be themselves," said another participant, according an ANI report published in newkerala,com.

The Nov. 30 parade was typical of any gay pride parade with many flamboyantly dressed participants in masks dancing to drum beats and waving rainbow flags and multi-colored balloons. However, participants shouted "azaadi" (freedom) and carried banners and placards demanding their right to love and saying it was ok to be gay.

This is New Delhi’s seventh gay parade but the first since the Supreme Court decriminalized same-sex relations by upholding the Section 377 Indian penal code law that describes such relations as against the order of nature and punishable by up to life imprisonment. The Supreme Court in January chose to retain the law which the Delhi High Court in 2009 had decriminalized.

This gay pride parade in New Delhi is also the first in the capital since the rightwing Hindu-nationalist  Bharatiya Janata Party (BJP, Indian peoples party) swept the elections for India’s lower house of parliament to lead the new federal government in May.

A poster which led to much cheering at the parade depicted Prime Minister Narendra Modi's face filled in with the colors of the rainbow and the caption "I love Amit Shah.” Shah is seen as the prime minister’s close confidant who worked hard to galvanize the masses to vote BJP by depicting Modi as a strong prime ministerial candidate.

Prior to the elections, BJP party chief Rajnath Singh and now India’s home minister went to the extent of saying that “Gay sex is not natural and we cannot support something which is unnatural.”

Social-media savvy Modi has always remained silent on gay rights. However, sources say Modi’s stand is unlikely to be different given that as a BJP member, he is bound to uphold the party’s anti-gay stance.

The BJP has opposed any move to nullify the Supreme Court’s re-criminalizing consensual same-sex relations and said it would not scrap Section 377.