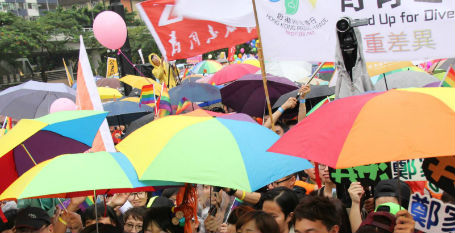 According to research conducted by an anti-gay-rights group, 70 percent of people in Hong Kong believe society should tolerate anti-homosexual attitudes.

The Family School Sexual Orientation Discrimination Ordinance Concern Group has conducted research that claims that 70 percent of Hong Kongers believe homophobic attitudes should be accepted, whilst more than half believe equality should not be taught in schools.

The Family School Sexual Orientation Discrimination Ordinance Concern Group hopes to use the research to discern the the Equal Opportunities Commission from suggesting enacting legislation that would protect LGBT people against discrimination.

At present, the city has no law against discrimination on the grounds of sexual orientation. Gay rights activists have retorted that the survey is evidence of why laws are needed to protect LGBT from discrimination.

The survey was conducted by Polytechnic University researchers in November last year and 611 adults were questioned.

Roger Wong Wai-ming, the head of the family school group, said the government and the EOC should not "deprive" people of their "freedom of speech" by passing laws to protect gay rights, according to the South China Morning Post.