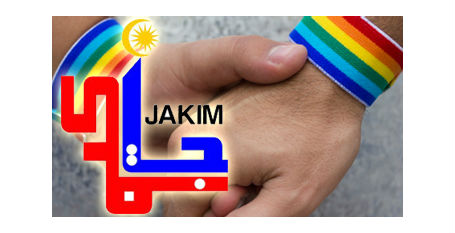 The Malaysian Islamic Development Department (Jakim) began distributing the flyer entitled “10 myths about homosexuality” which the Malay Mail Online said bore Jakim’s logo and was reinforced with a Qur’anic verse on illicit sex and evil. “The flyer did not state the source of its facts or the researches that back their assertions,” it said.

Jakim not only streamlines the enforcement of Islamic law in the country but also acts as the main agency to legislate Islamic law for Malaysia.

The flyer that is being circulated online said Jakim believes no one was born gay and that those who prevented gay people from becoming straight were committing an “ethical violation.”

“The contents of Jakim’s pamphlet is very similar to that issued by the Family Research Council, an American conservative Christian lobby group that is against gay rights, abortion, divorce, embryonic stem-cell research and pornography,” according to freemalaysiatoday.com.

Malaysia retains “Section 377A” a British colonial-era law banning “carnal intercourse against the order of nature” and outlaws same-sex relations and can be jailed for up to 20 years, caned or fined.

The government’s attitude toward the LGBT community is shaped by Islam, the official religion in Malaysia. Muslims make up over 60 percent of Malaysia’s of 29 million people.

Many Muslim groups such as Ikatan Muslimin Malaysia (Isma) as well as the government have attacked the LGBT community and groups as being “un-Islamic.”