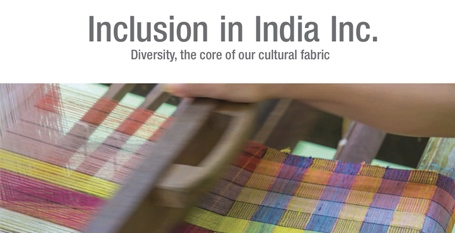 The Indian Institute of Management and the Biz Divas Foundation have produced a report that investigates gender and LGBT diversity and equality in business in the country, called ‘Inclusion in India Inc. – Diversity, the core of our cultural fabric.’
The report was formed through interviews with 75 professionals within 21 companies. Out of the companies investigated 51 per cent were taking measures to promote gender diversity. However in terms of LGBT issues, it was discovered that 98 per cent of the businesses 'completely dismissed' LGBT issues.
The largest organization featured had 56,000 employees and the smallest had 260 employees. The report concludes that small and medium-sized businesses were worse when it came to LGBT issues.
India is a very traditional society, putting a lot of emphasis on family and children. LGBTs who may choose to remain silent about their same-sex partner could be over looked for promotion and other opportunities as a 'single' person.
Being 'out' in the workplace is rare. As one participant explained: ‘Exclusion is usually unintentional because of lack of exposure to the LGBT category. People do take a step back the moment they hear the word gay or lesbian or bisexual or transgender.
Sarika Bhattacharya, co-author of the report. told Quartz that the lack of LGBT inclusion in India was down to two main factors:
‘One, the Indian legal stand is still not clear. So companies are a little wary and unsure about making it very open through policies. If someone puts up a hand and says it’s illegal, then it becomes a legal case.’
‘Two, LGBT as a community is very small in terms of the people who are out of the closet, and are open about it.’
In its recommendations for change, the report’s authors pointed to the success of ally networks in companies in other parts of the world and also said that LGBT networks and said that support groups are ‘a tangible gesture by organizations to acknowledge that employees have a demanding life with its own set of challenges and pulls beyond the identity that the individual has at the work place.’