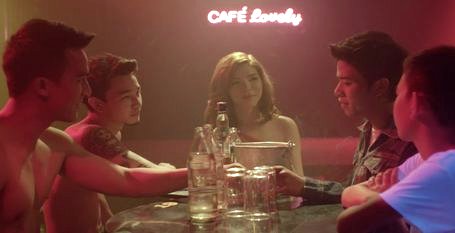 The festival boasts a mix of dramas and documentaries from Thailand, Southeast Asia and beyond. It runs from next Friday to June 14 at the Esplanade Cineplex Batchada.
The festival will feature 15 films from 12 different countries and will bring more of this genre of movies to a wider audience.The movies cover a range of topics including a story of a transgender after the sex-change operation, a documentary on same-sex marriage and works by renowned directors such as Peter Greenaway and Mark Christopher.
Attitude editor explained to Slate.com the ambitions behind the project. Thawatchai Deepattana said "the festival is meant for not only the LGBT community but also for the general public to learn about gender diversity in other societies to encourage mutual understanding and cultural exchange."
Deepattana also noted that although many people percieve Thai society as welcoming and accepting to LGBT, this is mainly limited to tourists. He notes "it's still crucial that we educate the public about gender diversity as well as create mutual respect and understanding."
The films showing include How To Win At Checkers (Every Time). Watch the trailer below.