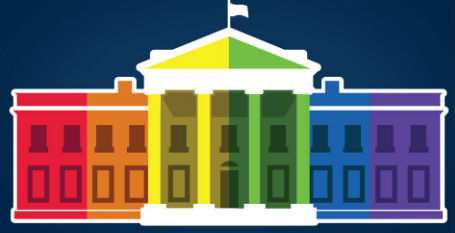 In a long-sought victory for the gay rights movement, the Supreme Court voted yesterday to guarantee same-sex marriage throughout the United States of America.

The Supreme Court of the USA ruled by a 5-to-4 vote on Friday that the Constitution guarantees a right to same-sex marriage. The decision has made same-sex marriage legal in the 13 states that had continued to ban it.

“No union is more profound than marriage, for it embodies the highest ideals of love, fidelity, devotion, sacrifice and family. In forming a marital union, two people become something greater than once they were,” wrote Justice Anthony M Kennedy, “no longer may this liberty be denied.”

As Justice Kennedy finished announcing his opinion several lawyers seated in the bar section of the court’s gallery wiped away tears, while others grinned and exchanged embraces. The chamber was packed with judges, lawyers, and clerks wishing to witness the historic case. Outside the court celebrations erupted with a sea of rainbow flags outnumbering the few anti-gay marriage protestors.

Minutes after the ruling, couples in one of the states that had a ban, Georgia, lined up in hope of being wed. On social media, Democratic presidential candidate Hillary Clinton merely tweeted the word "proud" and the White House changed its Twitter avatar into the rainbow colours.

President Obama welcomed the decision, saying it “affirms what millions of Americans already believe in their hearts.” Obama said the ruling was a "victory for America” and that “when all Americans are treated as equal, we are all more free.”