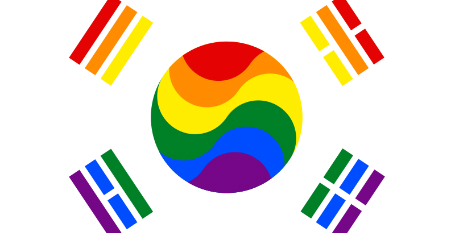 Matchmaking website, Duo, surveyed 616 people in Korea about the opinions on gay marriage.

69.3% of unmarried women agreed with the statement "Same-sex marriage is acceptable." while 50.2% of men were against gay marriage.

The survey also asked how people would react to finding out that a family member or friend was gay. The most common response for women was "I would understand and support them"(36.4%) and for men "I would seriously find out more and think about it."

The reasons for supporting same-sex marriage were, in order of popularity, "It is a personal choice to marry who you wish", "Sexual preference is determined by nature", and "In order to work toward ending social discrimination of minorities."

There was no clear winner for reasons against same-sex marriage with "It could aggravate confusion about one's personal sexual identity"(21.9%), "It could cause social confusion"(21%), "Sexual preference is a learned behavior"(14.7%) and "I dislike same-sex marriage for no particular reason" (12.5%) the most popular choices.

Only 12.8% of men responded that they have met someone who has come out whereas 48.3% of women have.