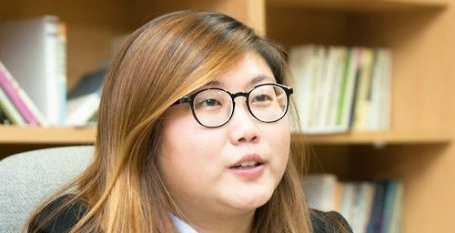 Activists hope student victory is a sign of change in South Korea as LGBT rights become a more prominent issue in the country.

The results of the elections on Thursday make Kim the first student from a sexual minority to hold the post.

Kim won 86.8 percent of the vote, the Korea Herald reported Friday. More than 50 percent of the student body voted in the campus-wide election at Seoul National University, and 11 percent voted against Kim while others abstained.

The student, who is majoring in consumer and child studies at the university, ran an election campaign that centred on tolerance.

Earlier this month she publicly declared that she was a lesbian during her election campaign and expressed that she hoped SNU would become a more diverse and inclusive place.

Kim told South Korean outlet News 1 that "I thought that at least on campus students should be free to be as they are," she said. "I also thought coming out proudly would be a source of great strength and support for others."

"I hope that people love themselves for who they are and live with confidence in this world. So I am telling you here that I am a lesbian," Kim also said during the campaign.

The election had unusually high voter participation, reflecting students' interest after Kim came out during the campaign.

South Korea remains largely homophobic, and is ranked 69th among 123 nations in terms of tolerance for homosexuality.

A 2014 survey of some 2,000 Koreans aged 19 or older by the Asan Institute for Policy Studies think tank showed that only 23.7 percent of respondents had little or no objection to gays, according to the Korea Herald.