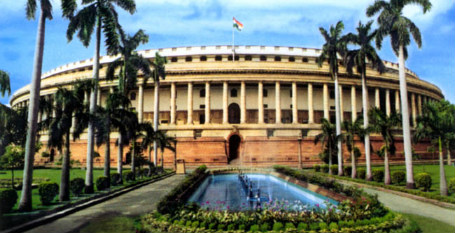 India’s parliament have blocked a member’s bill to decriminalise gay sex, much to the disappointment of LGBT and human rights activists

The bill was introduced to the lower house of parliament. 71 members voted against and 24 for the motion.

"This is not about homosexuality as the opposition has caricatured it. It is about freedom, justice, equality of treatment and upholding the values enshrined in our Constitution," Tharoor told AFP."This law is from the 1860s and it has no place in the 21st century nor in people's private lives or in their bedrooms," he added.

India has had ups and downs when it comes to this colonial era law that states "whoever voluntarily has carnal intercourse against the order of nature with any man, woman or animal shall be punished.“

Sentences including life imprisonment, though prosecutions for same-sex activity have been rare.

In 2009 the Delhi High Court ruled that the law was a violation of a person’s fundamental rights. However in 2013 India’s Supreme Court restored the ban on homosexuality, ruling that the law rested with lawmakers not judges.

Activists nationwide have vowed to fight this latest setback. LGBTI activists in Bengaluru, India staged a protest outside the Town Hall on Saturday to condemn the Parliament’s decision.