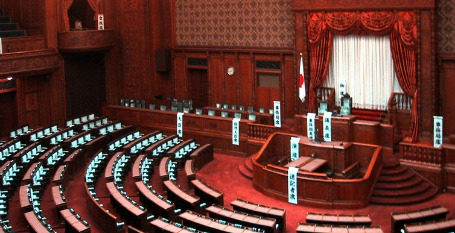 The DPJ's landmark discrimination bill is aiming for joint submission with other opposition parties to Japan's parliament on January 4.

The proposed bill would prohibit discrimination against LGBT employees of the government and private businesses.

It would force the central government to draw up guidelines to eliminate discrimination in the workplace and to name businesses that fail to reach the standard.

When considering promotion, companies must not give discriminatory treatment to employees based on their sexual orientation, it says.

It also calls for is the promotion of school education and consultations on sexual minorities and related issues.

For the bill to succeed the DPJ aims to win support from the conservative Liberal Democratic Party and Komeito, the LDP's coalition partner.