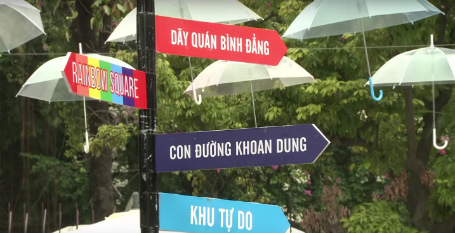 A year after gay marriage ban lifted in Vietnam, country still has a long way to go for LGBT equality, local media reports

Vietnam abolished its ban on same-sex marriage at the beginning of 2015, much to the praise of activists .

The move set Vietnam apart from most other countries in the region. However, a year on there are reports that not much has changed for LGBT’s day to day lives.

A report from the English-language website of local youth newspaper Thanh Nien News, published just after the first anniversary of the lifting of the ban, reveals the discrimination faced by LGBT youth.

The report tells of four LGBT students’ experiences of bullying and institutional discrimination at school.

The education ministry and UNESCO found that 19 percent of polled students considered it was "harmless" to tease and bully their LGBT classmates.

Nearly 70 percent of parents surveyed by the Hanoi-based LGBT group iSEE said they would prohibit their children from being friends with their LGBT classmates.