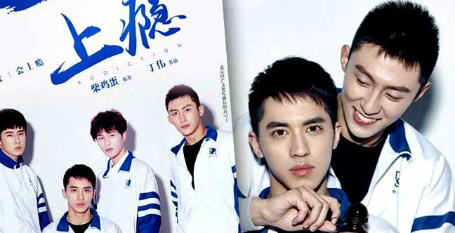 Popular gay drama is pulled from internet in China

An online television series that tells the story of love between two teenage boys is no longer available online, enraging fans.

The drama made its debut in January and so far 12 episodes have been aired. However, since monday this week popular video streaming sites in China such as v.qq.com and iqiyi.com, no longer had the show. Online searches lead to empty links.

Authorities in China maintain a firm grip on what can and cannot be shown in the country. Beijing's powerful State Administration of Press,

Publication, Radio, Film and Television (SAPPRFT) has never published a list of what can or cannot be broached.

"There's no reason. It's a result of the broader environment," said the writer and producer of the series, who uses the pen name Chaijidan, news portal ifeng.com reported Tuesday.

Netizens expressed their anger at the banning of the show. “Why did they take away this drama?” on internet user wrote on Weibo according to Hong Kong's South China Morning Post. “There are millions of reasons to cover their move, but the truth is that they are afraid of gay [issues].”

Watch an episode of the series below: