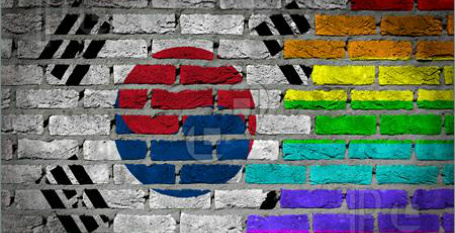 Kwangjin Kim, candidate for Soon-Chun area, has said he lost the recent election due to a smear campaign focussing on his defence of the country’s LGBT community

A South Korean, Kwangjin Kim, politician took to the Huffington Post to clarify his position on LGBT rights in the country and to shed light on how this position was used against him in the recent election.

Kim said that although his position on LGBT equality cost him the election, “he has no regrets.” He blamed anti-gay broadcaster KHTV and the Jeonnam Christian Council for the campaign against him.

Although he is not an activist or a crusader, Kim said that he “tried his best to speak for the things that I believed in, such as the right not to be discriminated against.”

“The constitution was built on ensuring that no one may be discriminated against according to their gender, religion, or social status in the political, economic, or cultural life. Equality is enshrined in Article 11 of the constitution,” he said.

He went on to explain that anti-gay broadcasters KHTV created and disseminated a video titled “Kwangjin Kim, the number one candidate who encourages homosexuality.” The video was shared through social media and text messages.

Kim said that he refused to distance himself from the video as although there were parts that were incorrect and misleading he did not want to go back on his support of the LGBT community.

“It is true that I recently spoke out for LGBT rights, and that I still have the conviction that they should not be discriminated against, by any means,” he said.

The Christian Church also sought to scupper Kim’s election chances. The Jeonnam Christian Council sent an official letter to the the nomination screening committee denouncing his candidacy and some pastors in mega churches used their sermons to oppose his position.

Kim ended the article by saying: “I will do whatever it takes to make Korea a country with widespread respect and harmony. I trust that our citizens know that the power of love transcends that of hate.”