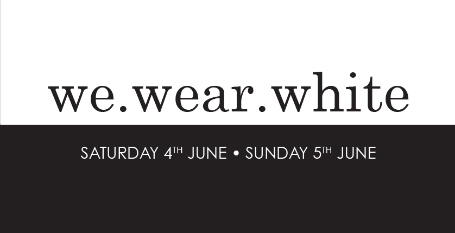 Pink Dot Singapore has grown to be the city’s largest LGBT event and last year saw 28,000 LGBT and allies come together to celebrate the ‘Freedom to Love.’ Since its inception in 2009 it has sought to raise awareness and support for the community.

On Facebook page LoveSingapore, Khong says that wearing white is a way to show a “pro-Family, pro-Government, pro-Singapore” stance.

Khong says of the movement “We reinforce the important role of Family in nation-building.” He also says that the “Church’s stance on heterosexual Marriage and the Natural Family is in keeping with the core value of Singapore's conservative majority.”

“It is a message to LGBT activists that there is a conservative majority in Singapore who will push back and will not allow them to promote their homosexual lifestyle and liberal ideologies that openly and outrightly contradict our laws, our government’s stated policies, our national core values, and the conservative majority’s views on public morality, Marriage and Family,” he also writes.

Khong is renowned for his anti-LGBT stance. In 2014, he launched an anti-gay petition requesting Singapore’s Health Promotion Board to review its positive stance on homosexuality, bisexuality and same-sex relationships and in 2013 he called the LGBT rights movement the 'onslaught of the evil one'

"In a multi-cultural, multi-religious and multi-racial country like Singapore with secularism at its core, citizens are generally accepting of diversity.Indeed, there are churches and religious communities that accept and embrace LGBT people, including the Free Community Church, whose pastor Pauline we featured in this year’s video documentaries of everyday heroes,” Choa said.

“We believe that families should be built on love and understanding, rather than exclusion. Pink Dot is an inclusive event and we invite everyone to come join us on June 4."

This year’s Pink Dot will take place on 4th of June at Hong Lim Park. For more information, visit PinkDot.sg.