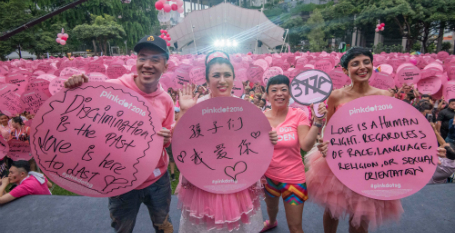 For the eighth annual LGBT rally in Singapore, organisers encouraged attendees to pen messages of support on Pink Dot placards.

Organisers have estimated that over 28,000 LGBT and allies from Singapore and beyond attended this year’s rally, which exceeded the capacity of Hong Lim park. The event began in 2009 with an attendance of 2,500.

This year, organisers replaced its traditional light-up of pink torches—to form a “pink dot” at the park—with the raising of pink placards at the culmination of the event and making a stand for the Freedom to Love. 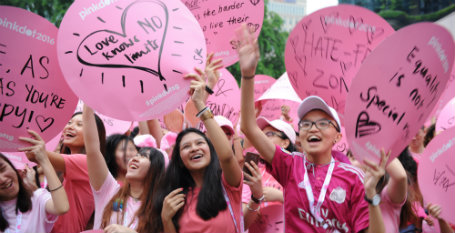 All of the 5,000 placards were given out, which included messages of “inclusive love” and “freedom to love” written on them.

“As we move into our eight year, we felt it was timely to emphasise that Pink Dot is an annual rally to speak up and stand strongly against discrimination, and champion the importance of inclusivity and diversity in Singapore,” said Paerin Choa, Pink Dot Spokesperson. 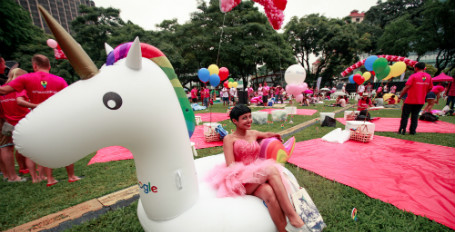 “We are heartened that so many Singaporeans and Permanent Residents feel the same way, and have chosen to stand together with us today,”

“We are looking forward to the day when everyone in Singapore understands and celebrates the fact that the Freedom to Love is a fundamental human right that should not be denied to anyone.”

The Community Tent, an annual fixture at Pink Dot, saw 25 LGBT and LGBT-friendly organisations from Singapore set up booths to help to build a community support network and inform attendees about LGBT issues.

For the third year running, Pink Dot also invited members of the LGBT community as well as straight allies to speak about LGBT issues in the Community Voices segment. 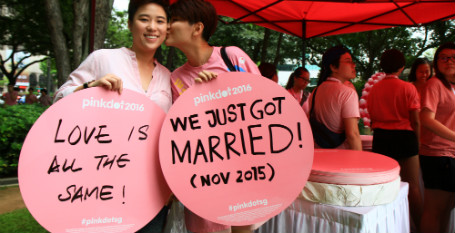