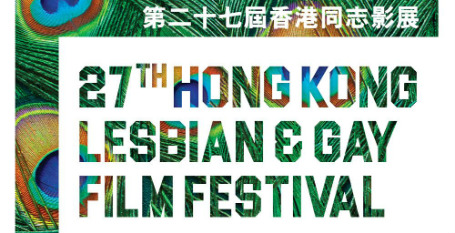 The longest standing lesbian and gay film festival in Asia, returns to delight Hong Kong audiences with LGBT films and short films from all over the world.

The festival will see gay and lesbian feature films, short films and documentaries from Asia and beyond.

This year sees a brave departure from the norm with documentaries both opening and closing the film festival. South Korean documentary Weekends opens the festival and tells the story of a Gay male choir group called G-Voice, the oldest choir in South Korea. Director Lee Dong-ha and 2 members from G-Voice will be present on the opening night to meet the audience.

Meanwhile, closing film Kiki tells the story of a new subculture in New York named KIKI—it is so hot that even Rihanna and Queen Latifah has attended their parties before. Opening and closing films 'for the girls' are winner of the Grand Prize of Taipei Film Festival, Don't Look at Me That Way, which tells the story of single mother Iva who falls desperately in love with her new neighbour and French production Summertime.

Other documentaries on show include Chemsex which exposes the rising popularity of drug-fuelled sex parties in the gay community and Inside the Chinese Closet which explores the double life led by China's LGBT.

In collaboration with the Red Ribbon Centre, HKLGFF works with different faculties and student groups to screen various LGBT related short films in universities during the festival to educate and support LGBT students.

Enjoy some of the trailers from the featured films below: