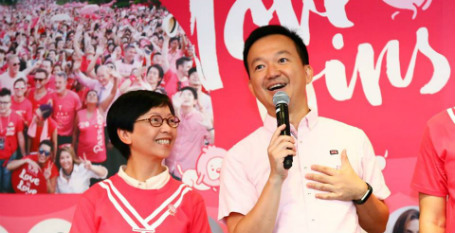 “There was a lot of pressure this time, actually,” Chan told HKFP on Friday. “There were a lot of people saying stuff like I lied to them because I didn’t tell them I was gay.”

Chan also told of the abuse he faced while canvassing for votes.

“We’d have people walk by saying awful things everyday, like faggot. There was even one man hitting us with an umbrella and yelling at my team that they were tarnishing their reputations by helping me,” he said.

When questioned on anti-discrimination in Hong Kong, Chan said he believed that if a draft is proposed it will be passed by LegCo. “I think at the earliest it will have to wait until after the Chief Executive elections in March… I do hope that I can complete this while I’m in term these four years,” he said.