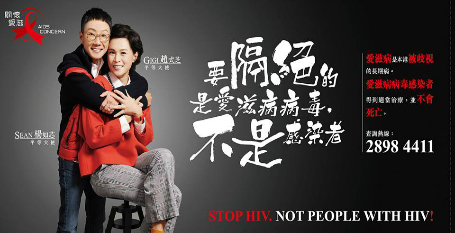 For the first time, OUTstanding and the Financial Times have named someone from Asia as their most influential LGBT executive - Gigi Chao

She is the first lesbian, and the first person from Asia to be awarded the title.

Chao is one of the biggest campaigners for LGBT rights in Hong Kong,  she is a founding member of Big Love Alliance and an ambassador for AIDS Concern. She also helps organise the city’s largest LGBT event, Pink Dot HK.

Chao made headlines in 2012 when her father offered US$ 65m to any potential suitor for his lesbian daughter. Chao is in a long-term relationship with Sean Eav and married her partner in 2012.

In an open letter to her father in the South China Morning Post at the time she said “In terms of relationships, your expectations of me and the reality of who I am, are not coherent.”

Other executives in the top ten include Inga Beale, CEO of Lloyds of London; Alan Joyce, CEO of Qantas; and Martine Rothblatt, CEO of United Therapeutics.