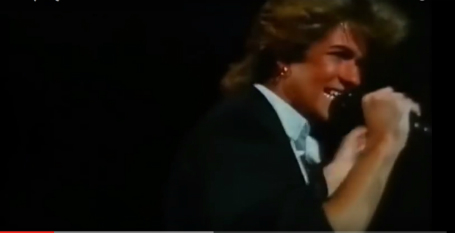 Late great British superstar and gay icon was the first western pop musician to play in communist China in the eighties.

In tribute to George Michael who passed away over Christmas weekend at the age of 53 we share some footage of Wham!'s rare concert in Beijing.

In April 1985, George Michael and Andrew Ridgeley took the stage as Wham! at the Workers' Gymnasium in Beijing, playing in front of 15,000 people who had never seen anything like them before, the Shanghaiist reports.

Reportedly it took their manager Simon Napier-Bell 18 months to carefully negotiate the gig with the Chinese authorities.

The Chinese people were still getting over the Cultural Revolution in which pop music was banned, but they paid 5 yuan a head to attend "Wei Meng" (Chinese transliteration of Wham!).

Watch the legend performing in Beijing below.