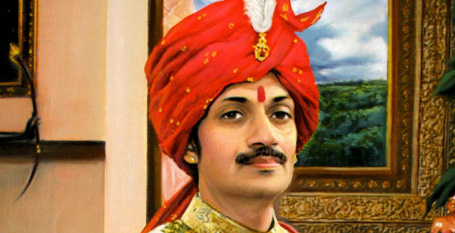 Prince Manvendra Singh Gohil is an openly gay Indian prince who is the son and probable heir of the Maharaja of Rajpipla in Gujarat.

Since Manvendra Singh Gohil came out as gay ten years ago—the first member of the Indian royal family to do so—the prince has dedicated himself to promoting equality and combatting Aids and HIV in his home country.

His charity the Lakshya Foundation works with members of the LGBT community to promote safer sexual practices.

Gohil has also been part of a campaign against the colonial-era law that bans homosexual acts in India, which he told the AFP has contributed to the spread of HIV/Aids.

"People are having sex under fear and unsafe sex practices are going on," he told AFP. "When we started work among the MSM (men having sex with men), we were harassed and threatened by police.

"We would keep condom packets in public toilets, and even hang them on trees in public parks because we did not want to stop them from having sex in toilets or behind the bushes. We just wanted them to have safe sex."

Gay sex was decriminalised in 2009 when the Delhi High Court ruled that prohibiting it was a violation of a person's fundamental rights but the Supreme Court overruled the decision in 2013.

Bills to protect LGBT and those with HIV and Aids from discrimination are currently under discussion in India’s parliament.

Watch some interviews with Manvendra Singh Gohil below.