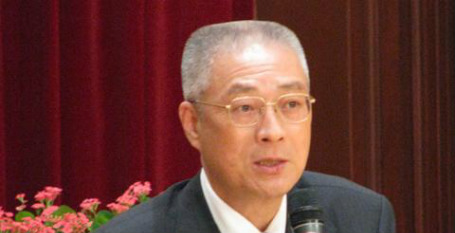 Wu Den-yih of the Kuomintang party (KMT) was challenged on the issue while campaigning to be party chair.

Taiwan's former vice president Wu Den-yih criticized the country's bid to legalise same sex marriage, stating that the civil code should not be altered for "an extremely small minority with a different sexual orientation."

In the first step of a process likely to last until the middle of this year, Taiwan's legislative committee approved a same-sex marriage bill late last year.

Wu argued that instead of amending the Civil Code, a separate Act should be created to make marriage equality a reality. "The nation can work on legislating a specific act regulating same-sex marriages," he said.

The nation can work on legislating a specific act regulating same-sex marriages,' he said. "Amending the Civil Code would disrupt the lives of the majority and an ethical order that has been in place for centuries."

Presidential Office spokesman Alex Huang on Tuesday said that while the office understands Wu's needs to talk about issues for his campaign, he should seek to understand the matter first before saying anything, according to he Taiepi Times.

Wu's comments did not go down well with LGBT activists in the country.

"A majority of the people in this country believe in equality and justice, and they would not easily disregard the interests of the very few," Lu said.