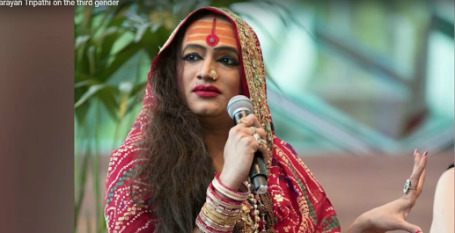 India is one of just 11 countries that recognize a third gender — and Tripathi is a gender warrior who convinced India’s Supreme Court to think beyond male and female.

Watch the discussion below: