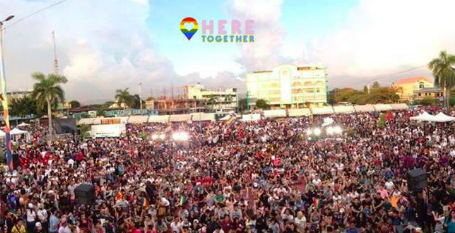 The 23rd Metro Manila Pride took the theme "Here Together," a call for the community and its allies to create a safe space for LGBT.

Senator Risa Hontiveros delivered a speech and the march and said “the issues we fought decades ago are still being fought for today. The President's macho politics have failed the LGBT community.”

Watch some of the action below: