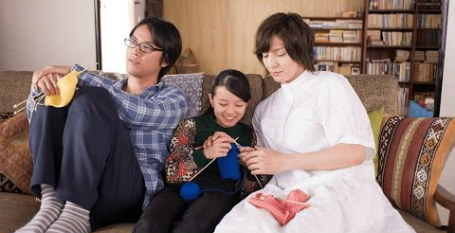 Close-knit directed by Naoko Ogigami, may well be Japan's first mainstream movie about a transgender woman.

Naoko Ogigami’s feature film tells the story of a young girl finding security in the care of her uncle and his transgender partner after she is neglected by her mother.

The plucky girl finds refuge with her uncle Makio (Kenta Kiritani), a nerdy, good-hearted guy who is her mom’s younger brother.

After initial doubts, the young girl finds a mother figure in Makio’s transgender partner and the three blossom into a family unit.

Naoko Ogigami is renowned for her exploration of unconventional Japanese women including in movies such as her first big hit Kamome Diner.

Watch the movie’s trailer and interview with the director below: