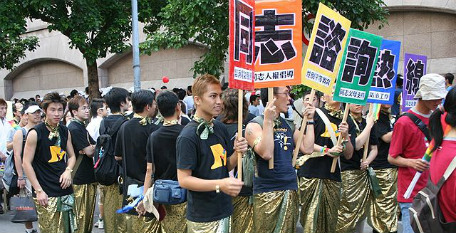 LGBT activists in Taiwan are rallying to ensure the country follows up fully on May’s high court ruling to legalise marriage within two years.

In May the Constitutional Court ruled Taiwan’s Constitution was discriminatory against same-sex couples and gave the government two years to amend the civil code to define marriage as between two people of any gender.

According to Forbes, a government committee is working on a draft bill that would land in the 113-member parliament, which the ruling party controls, though no one knows the details or time frame.

LGBT activists, however, fear some lawmakers, backed perhaps by Taiwan’s opposition to same-sex marriages, will introduce a bill to limit the reach of the constitutional change.

“The legislator is thinking first to adjust the civil code regarding gender and then other requirements like education, those would have no relation and could be settled separately,” an aide, who works for lawmaker Yu Mei-nu, told Forbes.

A bill could be introduced to limit same-sex couples rights to reproduction, welfare, and education, using arguments of “traditional” families and burdens to welfare provisions as reasons.

“Some of them are trying to get a petition to have a referendum. To me, that’s kind of weird because under our democratic system, the ruling from our Constitutional Court has a binding affect to everyone,” he told Gay Star News.