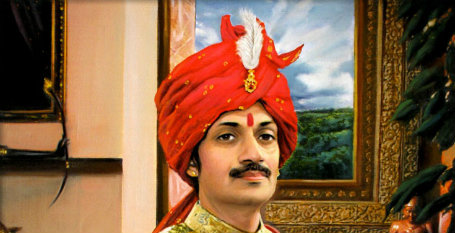 India’s only gay prince is building a centre for LGBT people in the grounds of his ancestral palace.

Prince Manvendra Singh Gohil, heir apparent to the throne of Rajpipla in western Gujarat state and the only openly gay prince in India is throwing open his palace doors to lesbians, gays, transgender and other Indians shunned for their sexuality, according to Thomson Reuters Foundation.

“I am not going to have children, so I thought, why not use this space for a good purpose?” Gohil told the Thomson Reuters Foundation, adding that his center on palace grounds would offer rooms, a medical facility and training in English and vocational skills to help people find jobs.

“People still face a lot of pressure from their families when they come out, being forced to marry, or thrown out of their homes. They often have nowhere to go, no means to support themselves,” he told the Thomson Reuters Foundation.

Gohil set up the Lakshya Trust, a charity for LGBT people in his conservative home state, soon after coming out more than a decade ago. Following his revelation, his mother took out a newspaper advertisement disowning him.

Gohil said he is renovating and extending his palace, built in 1927, on the 15-acre site, installing solar panels for power, and reserving some land for organic farming.