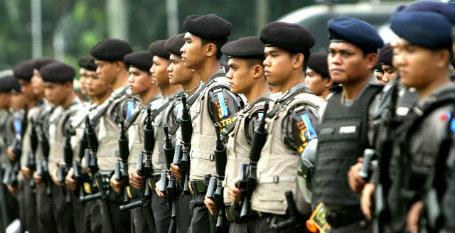 Police detained the women before forcing them to change their appearance.

In a January police raid on beauty salons in Indonesia’s conservative Aceh province, transgender women were forced to dress in male clothing and had their hair cut, Channel News Asia reported.

The women were initially accused of “violating religious laws” and bullying youth.

Police reportedly intervened after locals tried to attack the women, but later detained them and forced them to alter their appearance. They also said they would subject the women to “morals teaching” during their detention.

A gay rights activist described the authorities’ actions as “barbaric.”