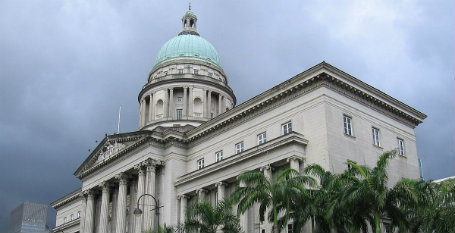 The couple, who were married in a heterosexual union, saw their union dissolved by a judge.

A court in Singapore has agreed to hear the case of a couple whose marriage was deleted from the national registry after one of the individuals underwent gender reassignment surgery, Quartz reported.

The 2015 marriage, which went unrecognised by the state one year ago, is now considered a same-sex union, which is banned in Singapore. The two women, who have remained anonymous, initially saw their request for public housing denied before the their marriage was dissolved.

“The Registrar’s decision […] raise[s] rule of law issues,” the couple’s lawyer said, according to Quartz.

While the city-state does recognise transgender identity, it does not allow for same-sex marriage, and sex between two males remains criminalised under a colonial-era statute.

One member of the couple told Quartz that she hoped pursuing the case in court would help to push the administration to reflect on its treatment of LGBT citizens.

“We need to know what the government’s stance is with regard to LGBT rights,” she said.