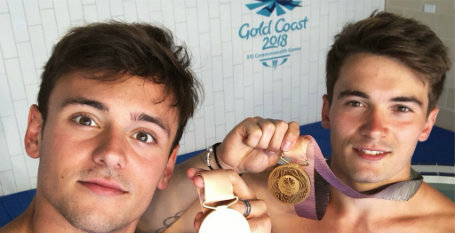 The 23-year-old athlete won his fourth Commonwealth Games gold this month in Australia.

The famous Olympian wrote on his instagram: "37 of the competing nations criminalise being LGBT+. I feel so lucky to be able to be openly who I am without worry. I hope one day every athlete from every nation in the commonwealth will be free to compete openly as who they are too!"

Last month, a petition calling for commonwealth countries to repeal anti-LGBT laws ahead of The Commonwealth Heads of Government Meeting (CHOGM) in the UK in April 2018 received more than 103,000 signatures.

Daley was accompanied by his husband, Hollywood screenwriter Dustin Lance Black. The pair, who married last year, are expecting a child in June.