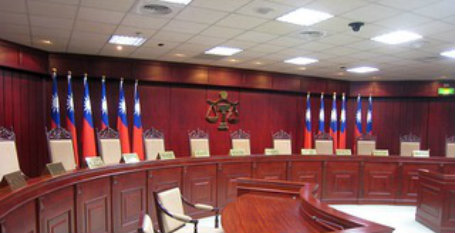 Despite ruling last year that the "one man, one woman" definition of marriage in the country's civil code as unconstitutional, Taiwan may allow referendums on the topic in November this year.

The proposals were initiated by the anti-gay marriage group, the Happiness of the Next Generation Alliance, which opposes revising Taiwan's Civil Code to allow same-sex marriage but supports crafting a separate special law to protect the rights of same-sex couples to "build a permanent life together."

In the next stage of the process, proposals would need 281,745 signatures, 1.5 percent of the total number of eligible voters in the most recent presidential election.

LGBT activists in Taiwan urged the government and lawmakers to quickly amend and enact laws in accordance with the ruling of the Constitutional Court in May last year, which ruled that the prohibition of same-sex marriage in the Civil Code violates the Constitution.

The court gave the Legislature two years to amend existing laws or pass new ones to protect the marriage rights of gay couples.

"If they are going to put this to a referendum, we have got to win," she said.