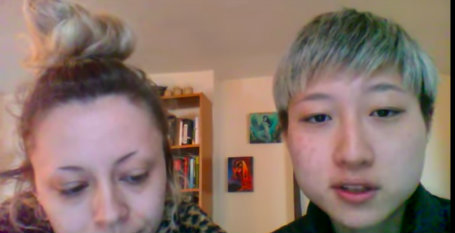 In an impassioned Youtube post, 18-year-old daughter of superstar actor Jackie Chan and former beauty queen Elaine Ng has claimed she is forced to live under a bridge due to "homophobic parents."

"We will have to split up if we go to any kind of government facility. All I know is that our love is stronger than this but we are getting tired of it. No one we know, family, friend or government services will help," Ng said from Canada.

When Chan was asked about his daughter coming out as a lesbian, the martial arts star said. "If she likes it, that's fine."

Watch the video below: