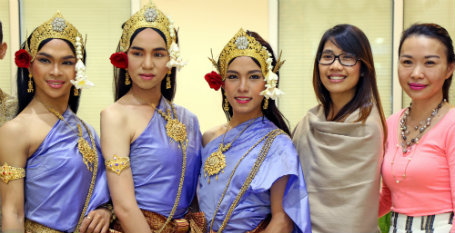 Young people who come out in the country risk discrimination and abuse.

A new report in the Khmer Times says that the gay community in Cambodia has gained greater visibility in recent years, but coming out can still be accompanied by emotional and physical abuse because of “backlash from the traditionalists.”

The report states that more young people are being open about their sexual orientation in the Southeast Asian nation. However, LGBT activist Srun Srorn said that when youth come out in Cambodia, they face discrimination, bullying, and violence; those from the older generation were more likely to stay in the closet.

“LGBT youngsters are more confident in telling the world who they are, so they often face physical abuse,” he said.

Twenty-three-year-old English teacher Seang Sokchann told the Khmer Times that discrimination has stopped her from coming out to anyone but her close friends.

“I faced a lot of bullying when I was young. When I told them I love people from the same sex, they said that I was crazy and they always made fun of me,” she said of her peers.

Sokchann said that she still feels it is necessary to come out, to ensure that she is heard and recognised by society. Today, she said, she doesn’t feel “weird or different,” and just wants people to know that “love has many forms.”

Cambodia does not have any pro- or anti-LGBT laws, according to the Khmer Times. However, like most other countries in Asia, it does not recognise same-sex marriage.