World's largest gathering of scholars, human rights activists and others involved in researching and documenting Asian gay, lesbian, and transgender cultures to meet in Bangkok, 7-9 July 2005.

Asia's largest gay web site, Fridae.com, has been named official media of Sexualities, Genders, And Rights In Asia: 1st International Conference Of Asian Queer Studies to be held in Bangkok. 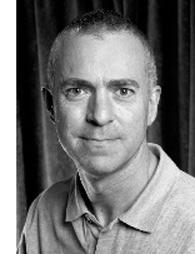 Dr Peter A. Jackson
The groundbreaking conference is a joint initiative of the Office of Human Rights Studies and Social Development at Mahidol University in Thailand and the Australia-based AsiaPacifiQueer Network.

Organisers expect over 150 presentations on a broad spectrum of topics of concern to Asian homosexual and transgender communities, human rights agencies, health professionals, legal experts and policy makers to be made at the 3-day event. Topics include social persecution and legal discrimination against sexual minorities in Asia; gay, lesbian and transgender citizenship and rights; the globalisation of homosexual cultures and the impact of HIV/AIDS on Asian same-sex communities.

Australian conference co-organiser Associate Professor Peter Jackson of the Australian National University in Canberra said, "This conference is about supporting the growing international momentum for homosexual rights. By bringing together Asian and Western researchers and activists our aim is to work collaboratively to ensure dignity and equal opportunities for Asia's homosexual and transgender peoples."

He added: "Fridae is one of the most important community sponsors of the conference. As one of the leading gay and lesbian community web sites in Southeast and East Asia, the conference organising committee is delighted that Fridae has been able to provide much needed funds to help cover printing and other costs as well as keep Asian gay and lesbian communities updated with regular news items about this internationally important event. The future of Asian queer studies will no doubt rely on building productive linkages between community organisations and university researchers."

Fridae's support of the event and its tagline "Empowering Gay Asia" is no coincidence. The web site is widely known as the organiser of the annual gay Nation party, the largest event of its kind in Asia, which will be held in the Thai resort city of Phuket from 4-6 November.

Fridae's CEO, Dr Stuart Koe said, "As Asia's largest gay network, we are proud to support the conference and its aims in documenting and facilitating in the understanding of the different GLBT communities across Asia each with its unique history and traditions."

Dr Koe will also be part of a panel at a Plenary Session ("Queer Asia: Local? Western? Hybrid?") on July 8. The panel, which also comprises Neil Garcia (University of the Philippines, Diliman), Gayatri Gopinath (University of California, Davis) and Chunping Yen (Institute for Tongzhi Studies), will discuss the globalisation of the gay and lesbian identity and whether the modern queer Asian identity is a "Western import."

Keynote speakers are Professor Vitit Muntabhorn of Chulalongkorn University, Bangkok, and Professor Josephine Ho of Taiwan's National Central University. Prof. Vitit is an internationally recognised human rights advocate who was awarded UNESCO's biennial Human Rights Education Prize in 2004 and is current United Nations special rapporteur on the human-rights situation in North Korea while Prof. Ho is the founder and head of the Center for the Study of Sexualities, Asia's first academic institute devoted to supporting the study of same-sex and transgender cultures, at National Central University.