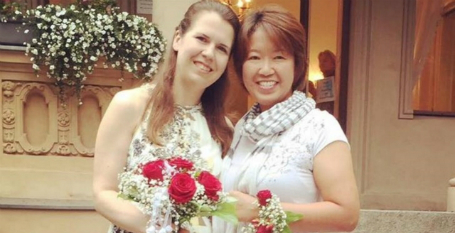 A Lesbian Couple who got married in Germany in 2018 is challenging the Japanese Government for not recognising their Spousal rights.

The case highlights the issue same-sex couples face when living in a location where same-sex marriage or Partnership is not recognised even when they are formally married in another Country.

Japan’s Opposition Party is pushing for Japan to introduce same-sex marriage and recently a Japanese Couple announced plans to get married in multiple locations to protest Japan’s lack of marriage equality.