In Singapore, a school had reportedly spent S$40,000 (US$23,700) replacing teaching aids and other common items after firing a gay teacher, pandering to some parents' fears that all gays are HIV positive. Meanwhile Canada is set to accord same-sex couples legal rights equal to those in traditional unions between a man and a woman.

Singapore school replaces items that gay teacher touched after HIV outcry
A private school in Singapore had reportedly spent S$40,000 (US$23,700) replacing teaching aids like cards and blocks, and other common items including cupboards, a microwave oven, hot water flask and toaster after firing a gay teacher, pandering to some parents' fears that all gays are HIV positive.

The Centre for Exceptional Children which takes in students under 12 who have learning disabilities or who have low IQs, was alerted by the police in February of a teacher's arrest for a sexual offence.

Paul Fernandez was not charged but was warned by police in September 2003 for committing an act of gross indecency with another man. The police was alerted after Fernandez reported to the police that the other man had robbed him.

In a local news report in February, the police said that they had notified the school because the 42-year-old man taught young children.

Some parents called for the teacher's dismissal after reading about him in the newspapers. Some also pushed for the school to re-paint the school and replace the toilet bowls, chairs and everything he had touched as they were afraid their kids would get the HIV virus by touching the things the gay teacher had touched although there is no evidence that Fernandez is HIV positive.

Although principal Queenie Tan, 50, admitted it was going overboard, the three-year old school replaced the items in March. "We considered the general consensus of the parents. They pointed out that even the Government had banned gay parties and this contributed to the negative feeling they had towards gays," Tan told The New Paper.

The school's move was slammed in some Internet chatrooms.

One poster said in a Singapore gay newsgroup: "I can't believe the school was stupid enough to further compound the idiocy… The school didn't even seem to bother to try to explain to the parents that HIV is not transmitted through malevolent, HIV-positive furniture and building blocks - at the worst, they could get a doctor to come in to explain to the denser parents. Then they blew S$40,000 meant to go towards paying good teachers to provide for intellectually disadvantaged."

The principal however added that this episode would not dissuade her from hiring gays.

"They are still human beings who need a job to survive. How can we ostracise them? There are gay teachers in primary and secondary schools and in polytechnics. And some are very good teachers."

Calls to find out if the school would continue to replace furniture to pander to parents' irrational fear about HIV if another gay teacher was to be hired is unsuccessful. 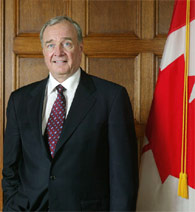 One of the most controversial pieces of legislation that Canada had seen in a decade, the Government had declared a free vote for the Bill which means that Members of Parliament could vote according to their conscience, rather than follow party dictates. The Bill passed by 158 votes to 133.

Courts had already made same-sex unions legal in eight of Canada's 10 provinces and there have been more than 5,000 gay and lesbian marriages in the past two years.

If passed, Canada will become the third country to pass formalise same-sex marriages, following the Netherlands and Belgium. In the United States, the federal government does not recognise same-sex marriage and most states refuse to acknowledge marriage certificates from gay and lesbian couples, regardless of where they wed.