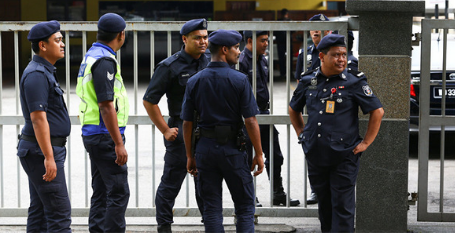 Malaysia and Indonesia are both currently stepping up their oppression of the LGBT Community.

The five Indonesian men were reported arrested on suspicion of prostitution, in Georgetown (Penang in Malaysia) on Monday (8 April). The five suspects, aged 20 to 40, were allegedly found naked at a hotel and the head of Penang’s State Enforcement Department, Kholijah Mohamad, said the suspects were offering sex via the internet.

He was also reported to have said that the raid had been carried out following intelligence from the immigration department and police reportedly seized condoms, lubricant, cash, and passports in the raid. Kholijah said they could be prosecuted under immigration rules for ‘immoral behaviour’ and that the men were from Indonesia but had travelled to Malaysia to sell sex to other men.