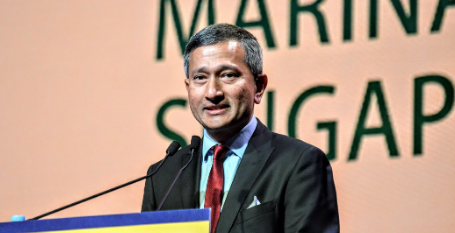 But he acknowledged saying that this was not the 'central issue of our time'.

Minister Vivian Balakrishnan spoke at a Singapore government forum in San Francisco. The forum was held at the weekend and in the hope to attract expats in the technology sector back home to Singapore. The event mediator asked ‘what is something you would change about Singapore that you would disagree on with the audience here?’

Minister Balakrishnan opened the discussion up to the audience and a forum attendee YuZhou Lee suggested ‘377A’, Singapore’s colonial era law which bans consensual gay sex between men. Whereupon, according to Lee, Balakrishnan quickly shut down the line of questioning. The minister said he was not interested in what people do privately in their bedroom. He also allegedly said the forum aimed to recruit tech workers and could not focus on ‘silly’ issues like 377A. Lee later described the minister’s response as ‘heart-breaking’.