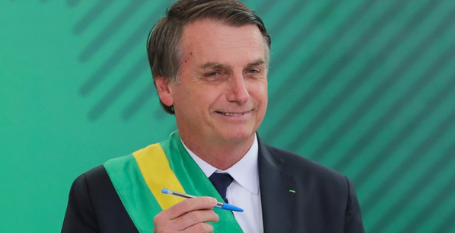 Brazil joins list of countries tainted by their anti-LGBT politicians, alongside Asian countries such as Brunei, Indonesia and Malaysia

President Jair Bolsonaro says that Brazil should no longer be ‘a country of the gay world’.

With recently much worsened conditions for our LGBT Community in such countries, significant LGBT and LGBT ‘Ally’ Tourism revenue is now increasingly ‘up for grabs’ - just as more clued-in Asian countries like Thailand are realising LGBT Tourism’s income and socio-economic development potential.

With estimated annual inbound LGBT Tourism income in excess of US$3 billion for Brunei, Indonesia and Malaysia combined and US$700 million for Brazil (source: LGBT Capital), such countries’ highly politicised and publicised anti-LGBT stances likely implies that significant tourism and travel revenues and benefits will now be up for grabs for more LGBT friendly destinations. This comes as at very opportune moment for some Asian destinations with their increasing grasp of the potential offered by this travel segment.  In addition, with the LGBT Community’s well-documented ability to make destinations ‘cool and trendy’ and thereby attractive also to non-LGBT travellers, the amount of inbound tourism income thus abandoned by Brazil and fellow countries where anti-gay sentiment is being stirred to serve political-religious expediency, and for others to grab, could be very significant indeed.

For Brazil and its recently sworn-in and self-described "homophobic" president specifically, President Bolsonaro has been criticised in the past for his statements on homosexuality, including that he would rather have a dead son than a homosexual son, and his recent statements that the country shouldn't become a "gay tourism paradise" and that "Brazil can't be a country of the gay world, of gay tourism. We have families". Understandably, a backlash has been sparked from Brazil's own LGBT Community, but with the LGBT Community and its Allies globally (typically younger, urban, relatively better educated higher-earners favouring inclusive and diverse societies) increasingly aware of their combined power to effect positive change through their consumer and travel decisions, significant damage will already have been done to Brazil’s marketing efforts and ‘pull’ as a tourism destination – with corresponding income opportunities opening for smarter and more inclusive countries and destinations, in Asia and elsewhere.